In recent years, Libya has become at the forefront of our country's agenda. Libya often appears on media with the conflicts between the legitimate government and Haftar forces clustered in the east of the country. However, the Libyan society come to be not well-known by both public and the academic circles. It is obvious that tribes have an important social function in Libya and these functions have critical roles at many levels. Therefore, in order to understand the dynamics and social reaction mechanisms of Libyan society, it becomes necessary to understand the tribal structures in the region and their relations with each other along with the central authorities. With this workshop in partnership with TIGA & YTB, it is aimed to eliminate the lack of knowledge and awareness on this subject with research carried out by expert academicians from the region.

Applications
[email protected]
It is kindly requested to write 'LASC' in the subject part. 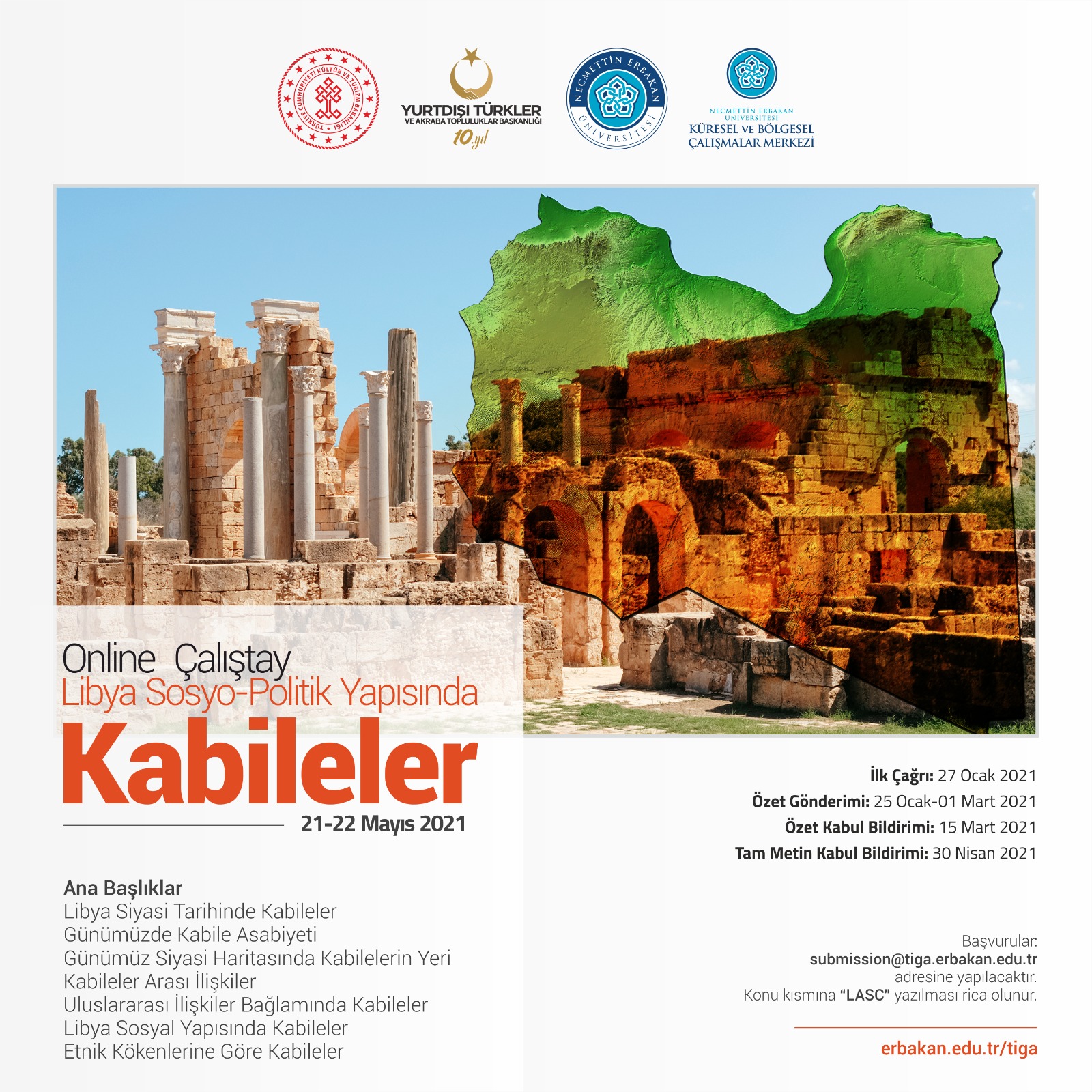