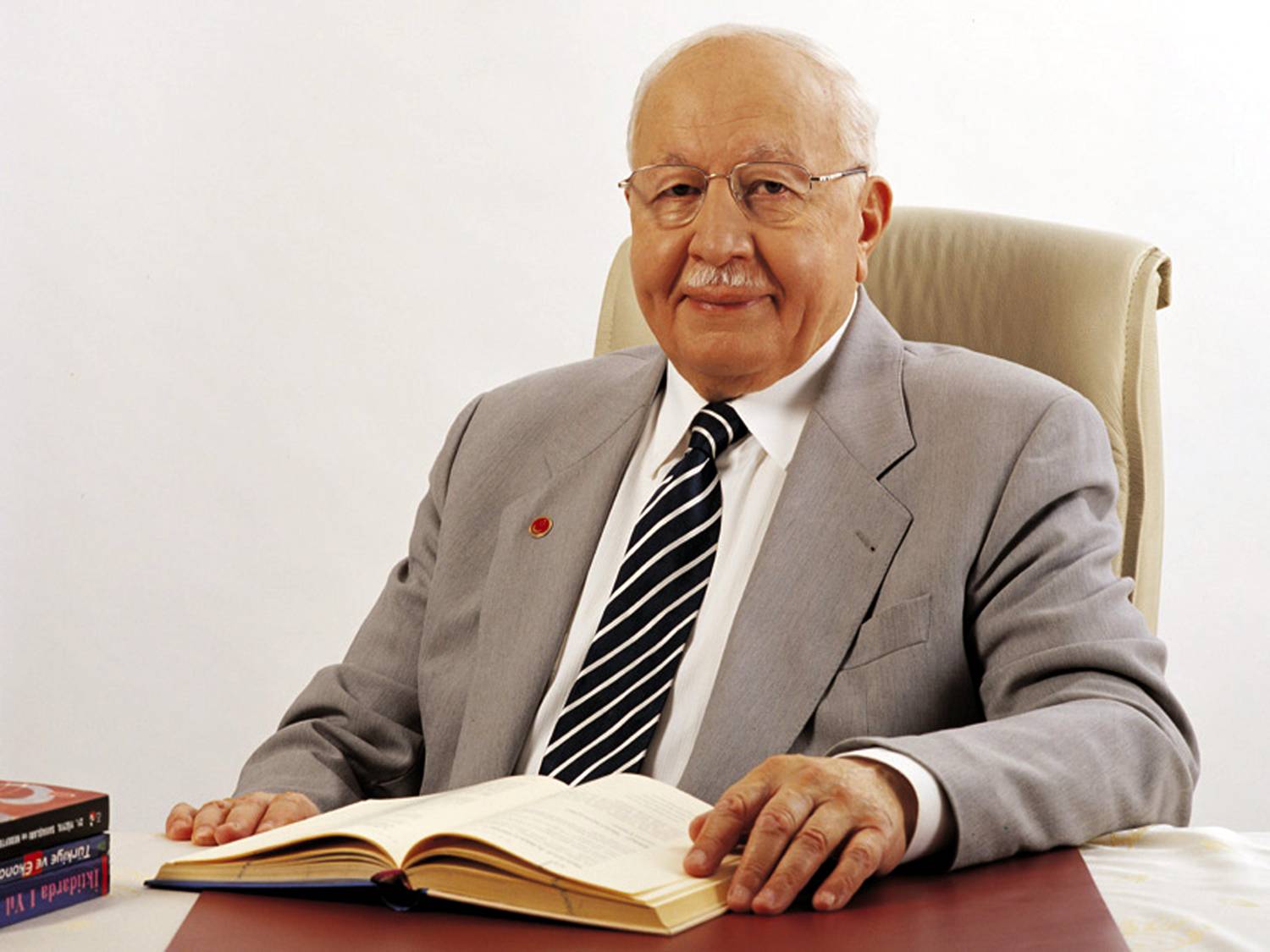 Necmettin Erbakan was born in Sinop on 29 October 1926 as the son of Sinop Deputy Kadi Mehmet Sabri and Mrs. Kamer. His father, Mehmet Sabri Bey, is a descendant of the Kozanoğulları of the Seljuk Turks who ruled in Adana's Kozan and Saimbeyli regions for a long time; His mother was one of Sinop's notable families.

Having graduated from Istanbul Boys' High School in 1943 with the first place, Erbakan preferred to take the exam even though he gained the right to enter the university without an exam and he successfully passed this exam and started his university education in the second year. Having graduated from ITU Faculty of Mechanical Engineering in the summer of 1948 with outstanding success, Erbakan started to work as an assistant at the Engines Chair of the Faculty of Machinery on July 1 of the same year. He prepared his qualification thesis between 1948 and 1951.

ITU sent Erbakan to Germany in 1951 to do scientific research at Aachen Technical University and to increase his knowledge and experience. During his stay in Germany, he worked with Professor Schimit at the DVL research center, which conducts research for the German army, and he was entitled to use the title of Doctor in German universities with his doctoral thesis.

Erbakan, who conducted research on the use of less fuel in engines for the German Ministry of Economy and presented a report to the relevant ministry on this subject, wrote an associate professor thesis, which explains mathematically how the fuel sprayed in diesel engines ignites in this period, attracted great attention in German scientific circles. Following the publication of the thesis in academic journals, the general manager of DEUTZ engine factories, which was the largest engine factory in Germany at that time, Prof. Dr. He was invited to this factory by Flats to do research on the engines of Leopard tanks. After the Second World War, the first Turkish scholar Erbakan at German universities, an associate professor in 1953 and returned to Turkey to give the exam and the exam was successful by the age of 27 the youngest professor in Turkey.

Silver Engine A.Ş. established in 1956, it has produced Turkey's first domestic engine. Congress of Industrial held in Ankara in 1960, offering his manufacturing of Silver Engine Erbakan introduced the idea of the automobile industry was in Turkey, and this idea then the administration on seeing popular Eskisehir Railways CE workshop "Revolution Car" has produced the first domestic car by name. He became a professor in 1965. In 1967, the same year he married Nermin Erbakan and Turkey Union of Chambers and Commodity Exchanges (TOBB), was elected as the General Secretary.

Elected as the TOBB president in 1969, Erbakan had to leave the presidency due to the government's cancellation of the elections. In the same year, he entered politics by being elected as an independent deputy from Konya. He founded the National Order Party (MNP) on 17 January 1970. When the MNP was closed by the Constitutional Court during the 1971 coup, Erbakan founded the National Salvation Party (MSP) in 1972 with the same staff and entered the parliament with 48 deputies and 3 senators, receiving 12% of the votes from the 1973 elections. After the 1973 elections, the CHP led by Bülent Ecevit and the MSP became government partners, and Erbakan served as the state minister and deputy prime minister in this government. During this period, as Erbakan, who advocated the Cyprus Operation, insisted on taking the entire island after the operation, there was a difference of opinion between Erbakan and Bülent Ecevit, and the CHP-MSP coalition government was dissolved on 17 November 1974. Erbakan, who also served as Deputy Prime Minister and Chairman of the Economic Council in the four-party coalition established after the collapse of the CHP-MSP coalition, continued his same duty in the trilateral coalition established after the June 5, 1977 elections. He was detained in Izmir Uzunada for a while after the soldiers took over the administration on 12 September. In accordance with the 1982 constitution, he was banned from doing politics for ten years. As a result of the popular vote held on September 6, 1987, he returned to politics and was unanimously elected as the leader of the party at the Congress of the Welfare Party, which was established in 1983, on October 11, 1987. He was again elected as a deputy from Konya in the elections of 20 October 1991. Erbakan showed the biggest election success in his political life in the 1995 elections, which he entered as the head of the Welfare Party. Welfare Party, which received 21.37% of the votes in these elections, became the first party with 158 deputies. After these elections, he took office as prime minister on June 28, 1996, in the Refahyol government, which he established with DYP. The Prime Ministry period between 1996-1997 ended with the 28 February period and the process defined as post-modern intervention. Erbakan, who was banned from politics for five years with the closure of the Welfare Party in 1998, was elected as the Chairman of the Saadet Party, which was established under the chairmanship of Recai Kutan in 2003. He returned to this post, which he took a break after 2004, on 17 October 2010. 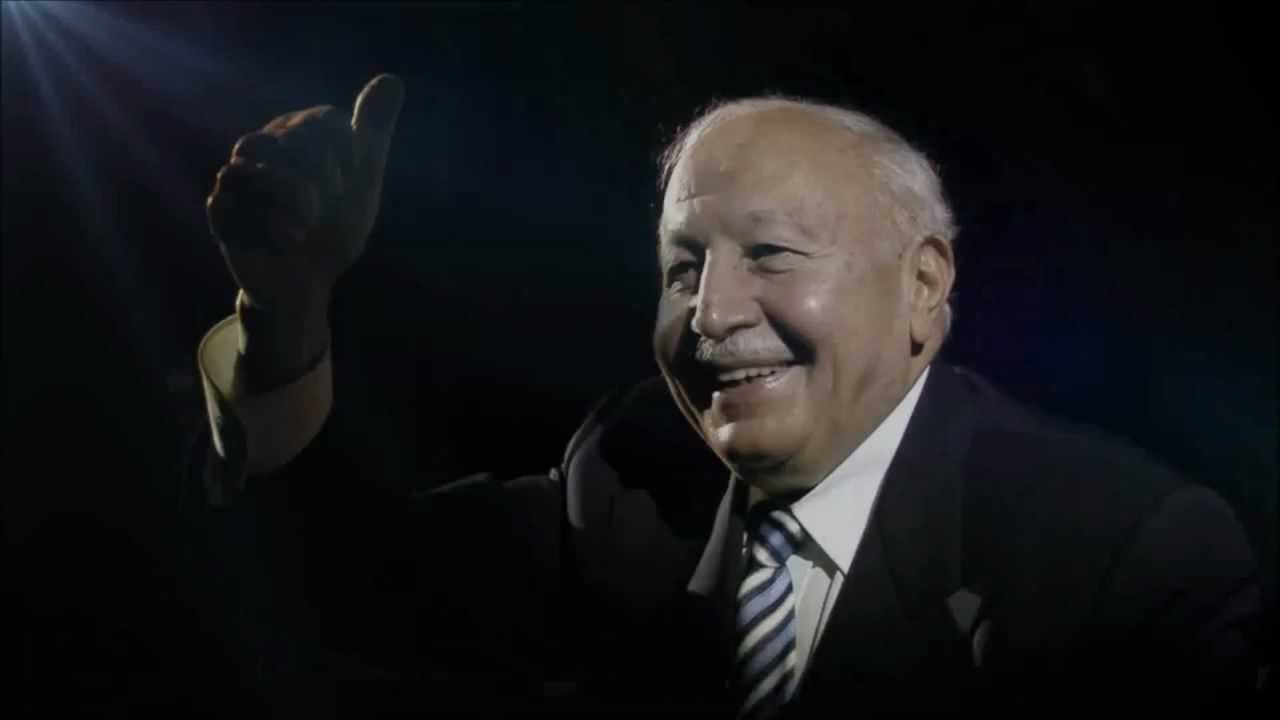 Erbakan, whose health condition worsened with his age, passed away on 27 February 2011 due to heart failure in the hospital where he was treated. Erbakan, who left his mark in Turkish academic life with his scientific studies and the national vision in the world of politics, was the father of 3 children.